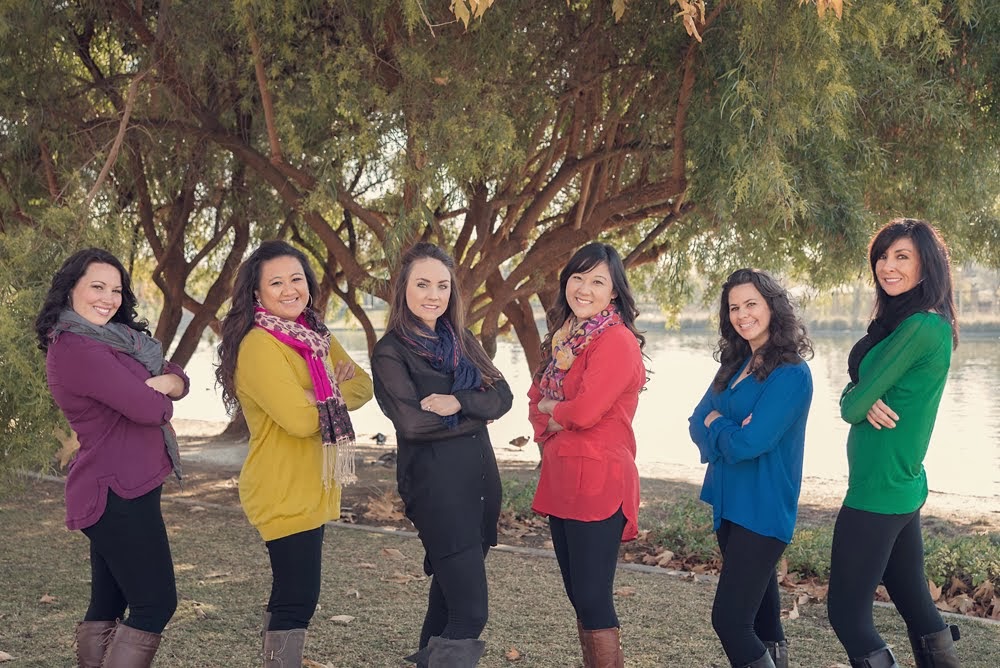 ‘Hot Cripple’: The Nightmare of Living Uninsured in America

Day two of arguments are currently underway at the U.S. Supreme Court over President Obama's signature health care legislation, the Affordable Care Act, signed into law in March 2010 and currently on pace to go into full effect by 2014.
The three-day hearings began Monday with the justices listening to arguments over whether they had jurisdiction to rule on a law that has not been fully implemented. The main topic for Tuesday is the most controversial part of the law, the individual mandate, which would require most Americans without health insurance to buy coverage or pay a penalty. Other issues to be considered this week include whether states can be forced to expand Medicaid to cover low-income people without health insurance, as well as what happens next if key parts of the law are struck down.
Today almost 50 million Americans do not have health care coverage, according the latest Census Bureau figures.
A new poll by CNN/ORC International finds that the majority of Americans do not want the high court to completely overturn the current law. Nearly 25% of Americans want the Supreme Court to leave the bill untouched; 43% of respondents believe some parts should be overturned and 30% want the bill completely overturned.
Hogan Gorman is in the camp with most Americans. Is the Affordable Care Act perfect? "No, but it's a start and it's a start that we need," she tells The Daily Ticker's Aaron Task in the accompanying video.
Gorman knows all too well what it is like to get seriously injured in the United State of America without health insurance. She has detailed her nightmarish experience in her new book Hot Cripple: An Incurable Smart-Ass Takes on the Health Care System and Lives to Tell the Tale, which is based on her award-winning one-woman show.
In 2004 she was an ex-model and struggling actress who was waitressing to pay the bills.
"I did not have insurance because I could not afford it," she says. "Between rent and eating in New York City and the night club I worked in did not offer health insurance."
One day while walking to her waitressing job in downtown Manhattan a speeding car barreling toward her at 40 miles per hour hit her. Her head took out the entire windshield and she was rushed to the emergency room.
Because she did not have health insurance she did not get very good care at the emergency room. "Once they found out I did not have insurance I was basically ignored," she explains. "I had to beg for a CAT scan of my head and the man in the bed next to me who had only fainted during dinner whose CAT scan came back fine was kept over night for observation. Everyone was paying attention to him and I was released with a neck brace and a 'good luck'."
From there things went from "bad to worse."
Her injuries included five herniated discs, a sever concussion which caused short-term memory loss, vision and balance problems, two torn ligaments and a chunk off the back of her knee cap.
"No doctor would see me until I was covered by something called no-fault which covers people hurt in accidents up to a certain amount of money," Gorman says. "I had to find a lawyer before any doctor would see me to be covered by that but they can cut you off at anytime, which they ended up doing."
She was in constant physical and financial pain.
"I couldn't work and went through what little savings I had and maxed out my credit cards," she says. "[I] ended up on food stamps and Medicaid and disability and I had to borrow money from these loan shark type companies that loan people money against their settlements because I had to survive."
It has taken Gorman several years to recover and unlike many, she's been able to overcome her dire circumstances and make lemonade out of lemons, so to speak.
While she does believe the Affordable Care Act is a step in the right direction, she believes a lot more has to be done to fix the health care crisis in this country.
"I'm not hearing anything from the insurance companies about how they are going to make it more affordable so that every American can get health insurance," says Gorman. "Health care shouldn't be a luxury that only some can afford."
She is very concerned for those who are not currently covered. "They are one accident or one illness away from being exactly where I was."
More from Yahoo!'s The Daily Ticker
Posted by Dr. Judith Ko/Hemet Valley Dental Care at 11:40 AM No comments:

Foods that help fight the flu

Foods that help fight the flu

Whether it's because you skipped the flu shot or fell victim to another strain of the virus, you or your family have succumbed to the sickness this year. The fever, the chills, and maybe even vomiting may seem like too much to handle. Is there hope in coping with the flu? These foods may be able to help you and your family on your way to recovery.
Sweet Potatoes
Sweet potato might be a surprising superfood, but it's a healthy option for those fighting of the flu, nonetheless. Sweet potatoes are one of the best veggies on the block when it comes to nutritional value, boasting potassium, vitamins A and C, and calcium, all helpful in staying healthy and fighting off cold and flu symptoms.
Nuts
A dish of nuts at your side may help you ward off your flu symptoms and boost your body's immunity. Not just any nuts will do. Opt for brazil nuts, which contain the antioxidant selenium, or almonds, which have plenty of vitamin E.
Garlic
Garlic has become another popular superfood for fighting the flu. Due to component allicin, garlic is known for its ability to help prevent the spread of flu and other infections.
Red Bell Peppers
Though you might not have much luck getting your children to chow down on sliced red pepper, it might be a more effective choice than the traditional orange slice. Red bell peppers are higher in vitamin C and are water-rich, which will help prevent dehydration.
Mushrooms
Mushrooms are sources of beta-glucan which can support your immune system. Consider adding mushrooms to chicken broth or soup, another cold and flu staple.
Dark Chocolate
It's more than just a dessert. Cocoa can help support t-helper cells, which in turn help your immune system fight off infection from the flu. So keep a dark chocolate bar handy, just in case!
Honey
Many consider honey to be one of nature's best superfoods. It has been proven to help stop the growth of bacteria in a laboratory setting. Honey may also help suppress your cough, should one be present with the flu. Consider adding it to warm water or a lightly brewed tea, also reported to help with cold and flu symptoms.
Water
Water is the ultimate tool for hydration, and you simply won't recover from the flu if you can't keep your body hydrated. Make sure to drink enough water and avoid beverages that serve to dehydrate your body instead.
Though there's no natural miracle cure for the flu, these superfoods can help boost your immune system and ease some symptoms during cold and flu season.
Posted by Dr. Judith Ko/Hemet Valley Dental Care at 7:00 AM No comments:

Vitamin A May Slash Melanoma Risk, Especially in Women

By Linda Thrasybule | LiveScience.com – 3 hrs ago

Vitamin A supplements could reduce the risk of developing the deadly skin cancer melanoma, according to a new study.
The results show that people taking vitamin A were 60 percent less likely to develop melanoma over the six-year study. People who had taken the vitamin, but weren't currently taking it, did not gain any protective effect.
The reduced risk was more pronounced in women than men.
"This is promising evidence that in addition to sun protection, there's another option that can help prevent melanoma," said Dr. Mary Gail Mercurio, a dermatologist at the University of Rochester Medical Center, who was not involved with the study.
Vitamin A is found in foods such as sweet potato, carrots, spinach, milk, eggs and liver. The vitamin plays an important role in vision, bone health, immune function and reproduction, but high doses of it can be toxic.
The study appears today (March 1) in the Journal of Investigative Dermatology.
Genetics could increase melanoma risk
Melanoma is the sixth leading cause of cancer in the U.S., according to the American Cancer Society. About 76,000 cases of melanomas will be diagnosed this year, based on recent estimates.
In the study, researchers examined about 69,000 men and women, and after about six years, 566 had developed melanoma.
Among the 59,000 people in the study who had never taken vitamin A supplements, there were 506 cases of melanoma, while among the 5,800 people who were currently taking it and had used it regularly over the past 10 years, there were 28 cases.

Study researcher Dr. Maryam Asgari, a dermatologist and research scientist at Kaiser Permanente in Oakland, said the protective effect might be stronger in women than men because men may be more susceptible to skin damage from ultraviolet radiation.
She pointed to a recent animal study that suggests females may have more natural antioxidant protection in the skin than males.
The new study also found the melanoma risk was reduced the most in those who took high doses of the supplement. But Asgari cautioned that taking too much vitamin A could lead to such harmful conditions as birth defects, liver problems and bone loss.
"There are limits to how much vitamin A a person can consume," she said.

The recommended daily amount of vitamin A is 700 micrograms for adult women and 900 micrograms for adult men, according to the National Institutes of Health. Taking more than 2,800 micrograms of vitamin A could lead to toxic symptoms in adults.
Genetic risk
Reducing sunlight exposure has long been recommended to reduce the risk of melanoma. This includes limiting time in direct sunlight, wearing sun block and avoiding tanning beds.
Unfortunately, not all melanoma is a result of sun exposure. There is also a strong genetic component, Mercurio said. "Even the most vigilant sun-avoider is at risk, especially if they are fair-skinned, freckle easily and have red or blonde hair."

Although she said the study's findings were compelling, she cautioned it's not clear how much vitamin A might bring a benefit.
"We don't know yet the optimal dosage," Mercurio said. "Further studies will clarify how much vitamin A in the form of a supplement would be of benefit for melanoma prevention."
Pass it on: Vitamin A may help lower the risk of developing melanoma.

This story was provided by MyHealthNewsDaily, a sister site to LiveScience. Follow MyHealthNewsDaily on Twitter @MyHealth_MHND. Find us on Facebook.
Posted by Dr. Judith Ko/Hemet Valley Dental Care at 10:03 AM No comments:

Dr. Judith Ko/Hemet Valley Dental Care
Hemet, California
Dr. Judith Ko believes every patient deserves thorough, personalized attention. That belief plus her unique ability to connect with patients on a personal level allows her to create strategic plans for long-term oral health. Growing up in Bel Air, Maryland , Dr. Ko did her undergraduate studies at Pacific Union College and then graduated from Loma Linda Dental School . After graduation she worked as an Assistant Professor of Restorative Dentistry until she purchased her practice in Hemet in 2001. Dr. Ko has been a member of the ADA, CDA and Tri-County Dental Society since 1993. Now Dr. Ko helps people daily improve their health and quality of life. After hours and on the weekends, Dr. Ko divides her free time between playing tennis and enjoying the arts, particularly the opera.

Some of Our Favorite sites